It is quite ironic that the first shōnen-ai anime to be aired in Japan is a satire of the genre itself originally written by a male author. In the year 1983 the adaption of Mineo Maya’s manga-series Patalliro! (started 1979 and continues until today) brought amusement to many Japanese TV-watchers. By the way, Mineo Maya is one of the few men who draw manga of this genre. If the same show had aired in the United Stated or in Europe at that time, it would have caused vehement protests and been cancelled for sure. Why is that so?

Patalliro! Tells the story of the 10-year-old king of the same name (feels more like a dictator though), who rules over Malynera, a small island where spring never ends and diamonds are the natural resource number 1. The young king is rich beyond reason and super intelligent enabling him to do whatever he wants. Him having diabetis is no hindrance to screw with everything that meets his way.

For example, British M16-agent Jack Barbarossa Bancoran (usually called Bancoran, but the whole name is just awesome), who tries to solve jewelry robberies or to catch members of the evil International Diamond Syndicate (IDS). He is basically the result of James Bond and Naraku (Inu Yasha) getting a child. His pruple eyeshadow is just one of the many female traits that male characters have in this series. In fact, there are more effeminate men in this series than female characters. Even Patalliro’s servants, the Tamenegi, hide a bishōnen-face underneath their funny looking masks.

Long before the term “trap” was established and characters like Mariya (Maria†Holic) or Hideyoshi (Baka to Test) became popular, Patalliro! introduced a cast of men being way more beautiful than any women and on the top of the list stands 18-years-old Maraich, a former member of the IDS who is now Bancoran’s lover. He usually wears women’s clothing, high-heels and (why do I even need to mention this) make-up. We often see him getting really emotional and jealous, which is quite understandable considering Bancoran’s countless affairs with young men. I should mention that Bancoran has the ability to swoon young effeminate men with his glance alone, also giving him the nickname “Bishōnen-Killer”.

The 30-year-old animations take some time to get used to, but the background pictures and character designs, of course, are really beautiful. Castles and roses and all sorts of shōjo-manga clichés create homoerotic overtones; sometimes one is reminded of the first chapter of Dorian Gray. Apart from the animation, the soundtrack, opening and ending are all perfect, just what you would expect from a good anime series.

In terms of actual story, there isn’t much to say. The adventures of Patalliro range from action based adventures to sci-fi to almost everything you can imagine, but it’s essentially a comedy series and has remained so until today. The manga and anime contain so many jokes, one cannot compare them to modern representatives of the genre (except, maybe, Sayonara Zetsubou Sensei) when it comes to the sheer number of puns. There are so many funny jokes that there is still plenty to laugh about even if you leave all the jokes about yaoi and homosexuality out. Yet, those jokes make Patalliro! such a great satire of the genre and therefore it is even enjoyable for those who don’t like shōnen-ai at all.

Patalliro! is a mostly unknown and underrated series that deserves much more attention. I’m truly thankful to the fans who create subtitles, scanlate and spread information about it, especially for those who don’t speak Japanese or can’t get any of the volumes or DVDs.

Now, I will post some links for those who want to find out more about Patalliro! or want to give it a try. It’s definitely worth the try!

A great, informational page dedicated to the series: http://www.caithion.net/patarillo/

A part of the first episode (subbed)

And last but not least: Cosplay Queen Kanda Midori's Maraich-Cosplay 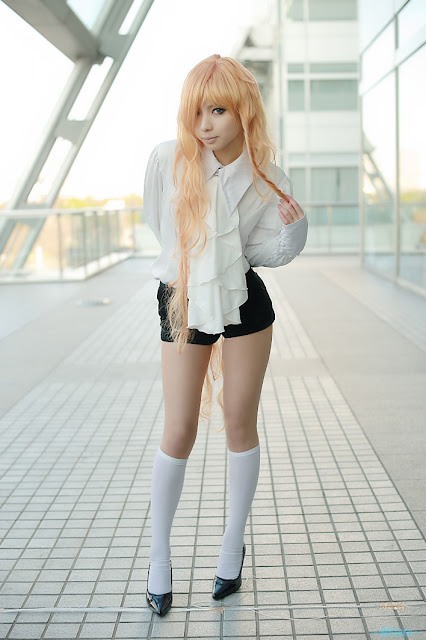 Blogs of some Importance